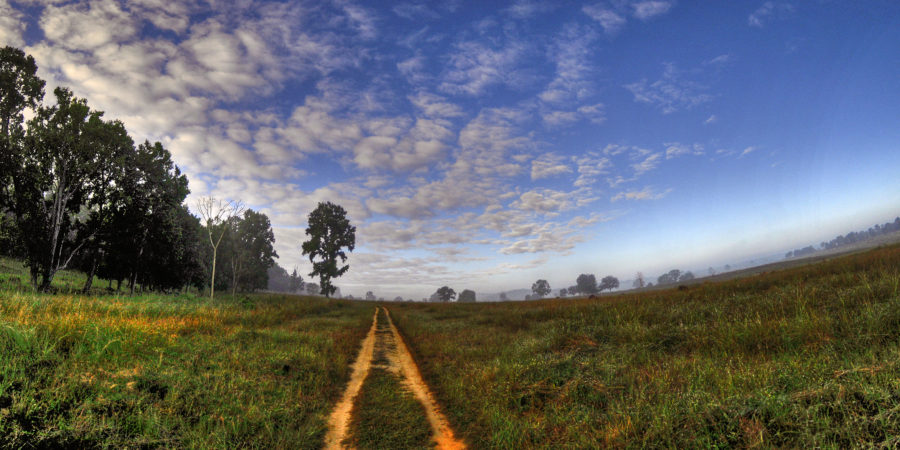 Kanha National Park is one of the most visited forest reserves in India. Tourists from all across the globe visit Kanha to spot the majestic tiger and other wildlife, relax and unwind in the peaceful lap of nature and engage is some magical wildlife photography. Kanha offers some of the best photographic opportunities.

Most tourists visiting Kanha go for jungle safaris. The forests are divided into two major zones:

Core zone is the central part of the tiger reserve and it shares its boundary with the buffer zone.

Core zone is basically an important area where the conservation of wildlife and natural resources is strictly protected by the forest department.

Buffer Zone is the area that surrounds or adjoins the core areas where nature is conserved alongside compatible human uses of the land or water.

The Core Zones of Kanha are: Kanha, Sarahi, Mukki and Kisli

The Buffer Zones of Kanha are: Khatia, Sijhora, Phen and Khapa

Kanha zone has open meadows with grasslands and bamboo vegetation that offer some unique sightings. The Schaller road, on Kanha zone is dedicated to George Schaller a researcher and conservationist. He wrote a book, “The Tiger and the Deer” based on Kanha.

A tourist attraction is Shravan Taal, legendarily known for a place where King Dashrath killed Shravan Kumar mistaking him for a deer.

The Kanha museum is inside the Kanha zone and it preserves the local culture, and also showcases the history of the park.

Sarahi Zone has dry deciduous forests and with larger meadows. One of them is the Saunf meadow where the Barasingha was first spotted in 1966.

Sarahi is accessed through a common road via Kisli zone and one encounters the towering Saal forests on the way.

In Kanha the four major safari zones are declared as the core zones. Kanha buffer zones are accessible from different entrance gates.

Currently there are three entrance gates to access the national park:

The four core zones which are accessible from different entry gates. All these core zones are very popular among tourists.

The buffer zones can also be accessed as follows: