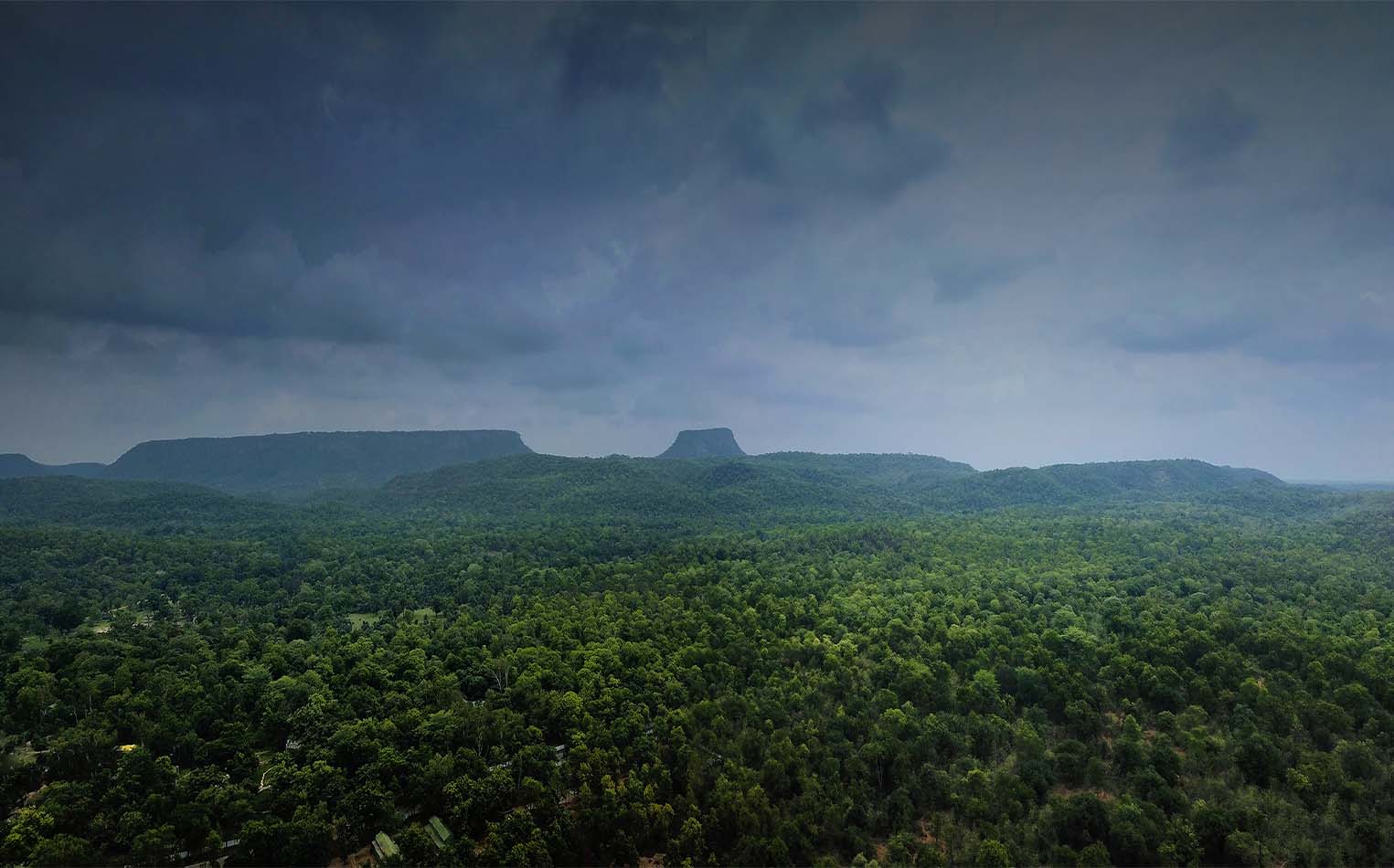 Bandhavgarh National Park Is the best place to spot a tiger in the wild.

Located in Umaria district of Madhya Pradesh, the park was a Shikargah, or game preserve for the Maharajas of Rewa and their guests.

Bandhavgarh was declared a National Park in 1968 and a Tiger Reserve in 1972 under the Project Tiger and Wildlife Protection Act, and spreads over 1150 sq kms.

Bandhavgarh is famed for one of the highest density of Bengal tigers in the world. The park is synonymous with its original and the most famous inhabitant. “Charger”, the first recorded healthy male residing in Bandhavgarh since the 1990s, a tigress called Sita and Charger are the second most photographed tiger and tigress in the world and have been featured on the cover of National Geographic. Bandhavgarh National Park also became world renowned for its population of rare white tigers, though not found in the wild anymore.

The historical links of Bandhavgarh are to be found in India’s worshipped mythological heroes Rama and Laxmana. The name “bandhav-garh” translates to “the brother’s fort” and believed to be gifted by Hindu God Rama to his devoted ‘bandhav’ (brother) Laxmana on his return from victory over Lanka (Ceylon). Inside the park there are 12 natural waterholes, several other historical monuments and remains of ancient caves that exhibit a 2000-year-old rich historical past.

The vegetation is chiefly of Sal forest in the valleys and on the lower slopes, gradually changing to mixed deciduous forest on the hills and in the hotter drier areas of the park.

The wide valleys along the streams carry long linear grasslands flanked by Sal forests. With the tiger at the apex of the food chain, it contains 37 species of mammals, more than 250 species of birds, about 70 species of butterflies and a number of reptiles.

The core zones of Bandhavgarh National Park are open from October onwards until June end and buffer zones are open throughout the year.

The size spread over a sprawling 437 Square Kilometer 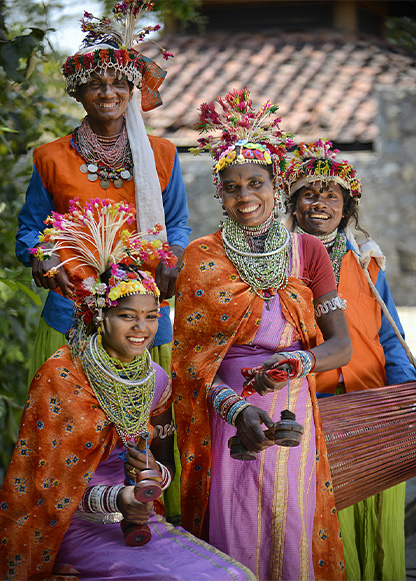 Explore wilderness in the periphery of the park & witness the local hamlets and villages, to carry back memories of the bountiful culture, tradition, and the lives of the indigenous tribes of the region. Interact with the locals, and if your inner desire propels you to volunteer for one of our community programs, go ahead, plunge in. This intimate experience lends a unique charm and throws open new vistas and lessons while you learn about the rich and diverse flora and fauna and biodiversity. 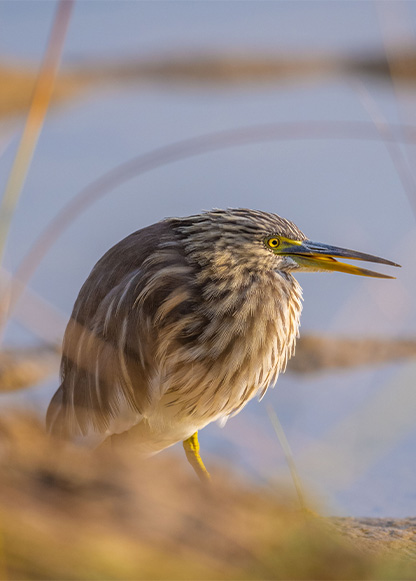 Ban Sagar Dam is a multipurpose river valley Project, on Sone River situated in the Ganges Basin, 85 km from Bandhavgarh. It is equipped with both irrigation & hydroelectric power generation. The project came to be known as “Bansagar” after Bana Bhatt, the renowned Sanskrit scholar of the 7th century, who is believed to have hailed from this region. The dam is an hour & thirty minutes’ drive from Bandhavgarh & is a good sightseeing option for travelers. 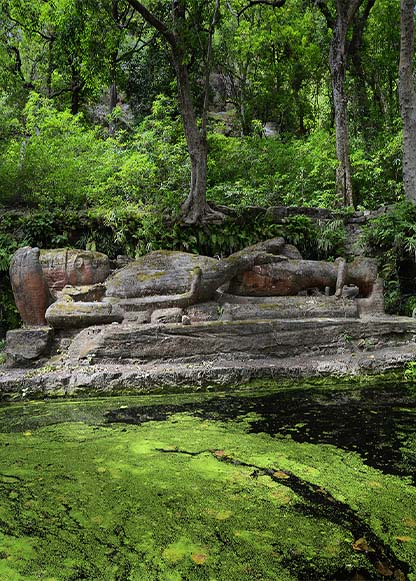 Constructed in the 10th century A.D., Shesh Shaiyais an 11 meter long Lord Vishnu’s reclining posture, with a canopy of seven hooded serpents called Sheshnag. The statue is located at the source of the Charanganga, a perennial river that waters the beautiful meadows below and merges with the Sone River, a tributary of the holy Ganges, and is the lifeline of Bandhavgarh. Sheshaiya is open for guests to visit during Tala zone safari. 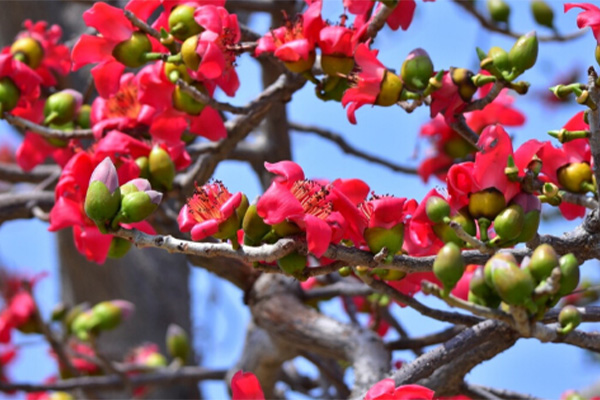 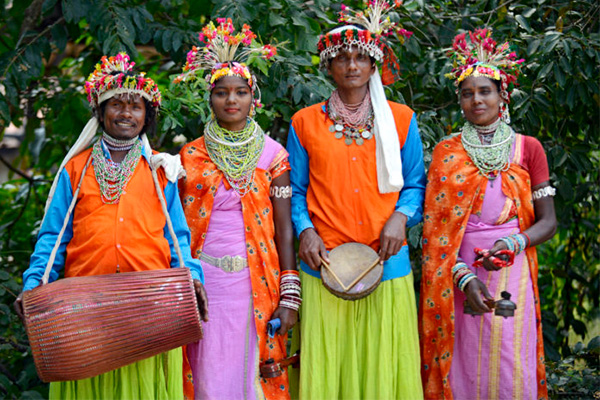 5 Things To Do in Bandhavgarh 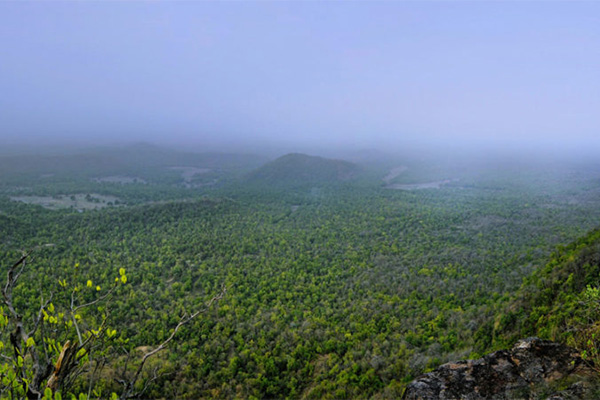 Where to stay in Bandhavgarh

Kings Lodge is nestled between Sal forested hills of Bandhavgarh National Park in a large natural forested estate of 14 hectares in a small tribal village. The lodge is in the heart of the Tiger country and is only a ten minutes drive from the Tala gate of the national park. Our guests benefit from our incredible location, outstanding hospitality, an experienced naturalist team, and our commitment to conservation and local communities. The lodge has 10 cottage rooms and 8 stilt cottage rooms with en-suite modern bathrooms spread across a natural forest offering great ambiance and privacy. The Lodge enjoys unparalleled woodlands and wilderness amongst well-appointed surroundings. The Kings Lodge is in the heart of the wild country and 95% of our land is forested. It is strategically located to access all gates of the park swiftly yet far enough to ensure a great wilderness and a discerning experience. 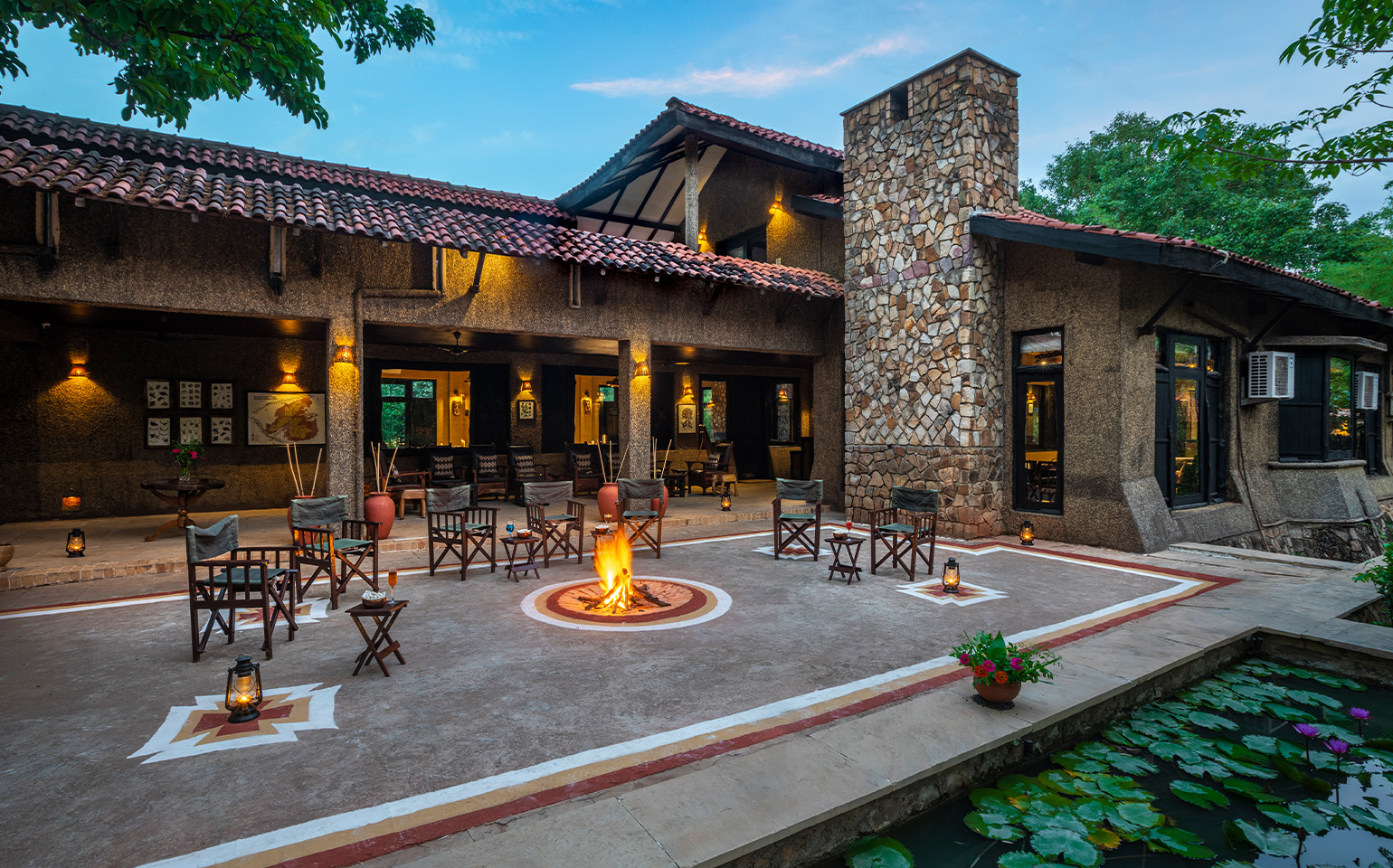 How to reach Bandhavgarh National Park

Jabalpur (190 kms) and Khajuraho (240 kms) are the best-suited airports for Bandhavgarh. There are many daily flights by national airlines and it’s a 4-hour drive from Jabalpur and 5 1/2 hours’ drive from Khajuraho. Taxis can be booked from the hotel you are staying in or from tour operators. There are not many options for taxi booking on arrival.

Umaria (35 kms), Katni (100 kms) and Jabalpur (190 kms) are well-suited stations for Bandhavgarh. There are several trains regularly connecting other parts of the country to these stations.