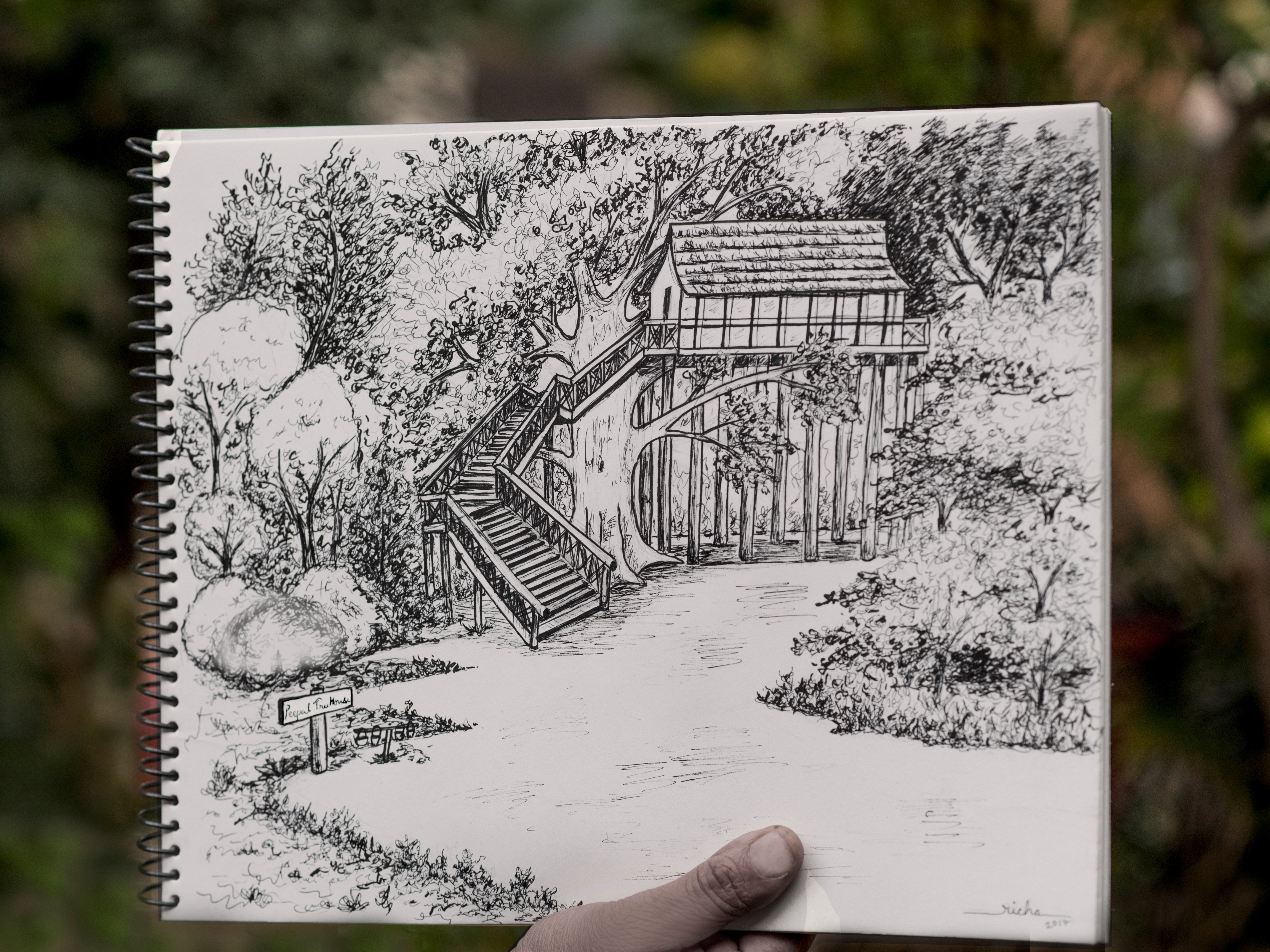 Unique Places to Stay in Bandhavgarh

If I would have ever tried and visualized the image of my idyllic retreat in the forest, I don’t think I could have conjured an image better than Tree House Hideaway. True to its name, it was a house atop a tree, inconspicuously blending and becoming an integral part of the jungle. Had it not been for the pathway clearing leading to the treehouse, one could have easily missed seeing it. Apparently, there are five such treehouses on the property but the property is so huge and the treehouses so well spaced that when you are in your own treehouse you just feel one with wilderness, with no human presence or urbanization in sight. I did later cycle around to see the other treehouses for myself.

I was really fortunate to stay at the Peepal Treehouse for four nights and completely fell in love with its balcony and outdoor seating. As I was there in early December, the weather was just perfect to sit and paint in the balcony all day. It served as an idyllic studio for me with wooden flooring, trees in the background and birds’ songs for music. Just wow, isn’t it!?

Nights were chilly but the best part was when I return to my room post dinner and open the door, Iam embraced bywarmth, a stark contrast to the biting cold outside. Every night,the staff switched on the heaters and kept a warm water bottle on the bed while I was having dinner. Thus each night as I sank into the warmth of my bed, I couldn’t help but mumble, “Man this is luxury I could get used to!!”

Besides what I have already mentioned, everything else was also perfect and so well thought of. Food was extremely delicious and healthy prepared using the local ingredients. This was the first time I tasted mahua and desserts prepared using it as an ingredient and absolutely loved the flavor. I loved the use of steel water bottles refilled with RO water instead of plastic mineral water bottles, though I was carrying my own steel bottle. There was no TV or music,which helped accentuate the sounds of nature especially the chirping of birds.

Thus can’t reiterate enough, truly an idyllic break from the city and will strongly recommend to anyone looking for an authentic jungle retreat!! Since pictures speak louder than words, I have tried to do justice to this waking dream through this sketch, penning down the indelible visual image that has been imprinted on my brain!