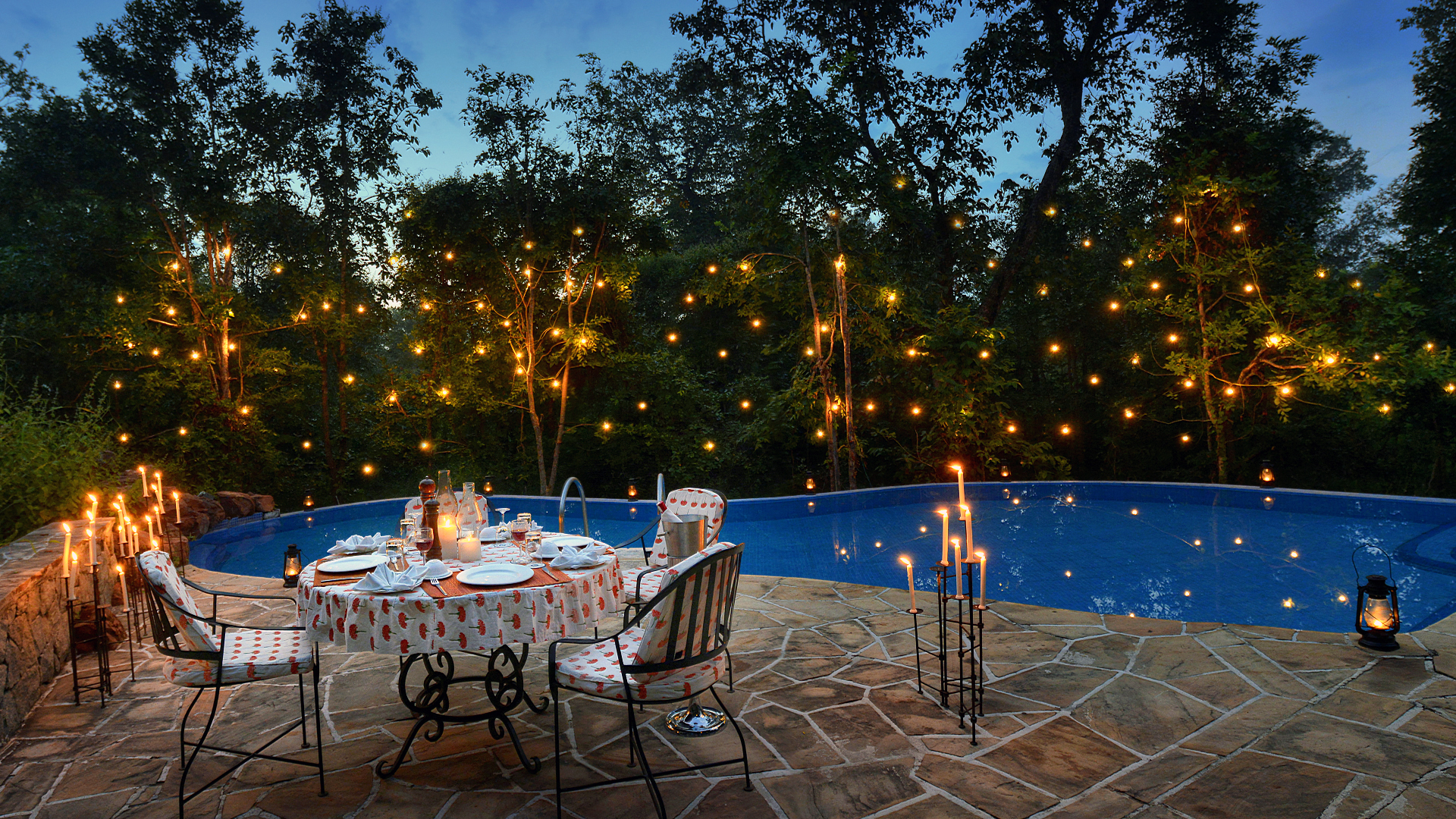 Update from the Parks

Bandhavgarh – Till last season we saw the clash for the kingdom with Bhamera’s supremacy coming towards an end. With Bhamera the last dominant male of Bandhavgarh gone, tiger sightings have become more consistent.  Regular sightings from the very beginning of the season have set a positive trend especially in Tala and Magdhi zones. Spotty and Dotty (Sukhi Patia previous liiter), Rajbhera female with 4 cubs, Sukhi Patia with 3 new cubs are stealing the show and keeping the visitors enthralled.

What is worth watching closely in the coming months is which male Tiger will be able to take B-2 and Bhameras legacy forward and dominate the much prized Tala zone. There are three strong contenders who are being regularly sighted trying to show their supremacy- Mahaman Male in Magdhi zone, Bheem – Khituali , Magdhi and few records from Tala Zone and Bhagoda Male.  It’s really interesting how local park guides start referring to Tigers and soon they are christened for life. Mahaman male is known by the area he was initially regularly sighted in, Bheem because of his huge size drawing inspiration from Bheema one of the Pandav brothers in Mahabharta and Bhagoda meaning one who runs away – he is known to disappear at the sight of vehicles.

There is so much more happening in the secret world of tigers which we will never know. We can only try and draw the future based on sightings and observations by our naturalists and park guides. Time will only tell that will Bandhavgarh again be dominated by a single male like the past or stay fragmented with different males.

Kanha –  Munna the dominant male continues to charm everyone by his confident and defying walk, he doesn’t hesitate to show his supremacy even with multiple vehicles around. He walks without hesitance on his path marking his territory & sending jeeps scurrying around. 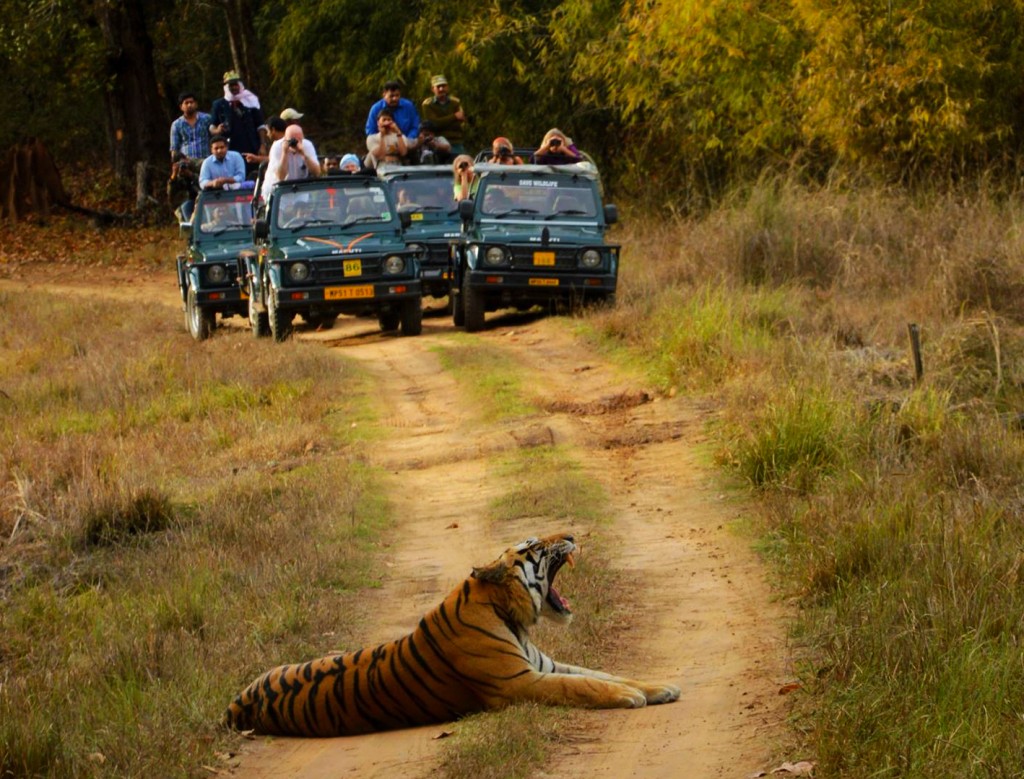 Wild Dog(Dhole) sightings were negligible in the last 2 seasons but have been great from the very beginning of season. We have had multiple sightings in Kanha & Kisli zone and also records of Wild Dogs mating.

Satpura – Continues to be probably the best place to sight and observe Sloth Bears in the wild, one record evening safari in November yielded 7 different individual bear sightings. Enjoy a recent video showing a sloth bear looking for insects and termites under a dead tree bark youtube link : https://goo.gl/p0Oxmo

Last season’s popular leopard siblings Neelu and Peelu have taken individual paths and we hope they continue Satpuras leopard prodigy ahead. Amazing sightings of leopards has been the trend from the very start and our team lucky to get outstanding images.

Tiger sightings have also been on an upward trend including a sighting on the night safari at Talab on the Sera Road. In Mid December 2 cows were killed by a Tiger resulting in an amazing congregation  of vultures.

Panna –It’s the Tigers greatest comeback in the Indian subcontinent due to relocation and conservation efforts and surely gives hope that Tigers will survive in the wild for long. From zero to a sustained 35 from the last 2 years speaks all. But this season till now has not been only about tigers, Night safari in the Jhinna area has stolen the show. Regular sightings of Leopards, Sloth Bear, Hyenas, Rusty Spotted, Civets and much more is consistently going on during the night safari. 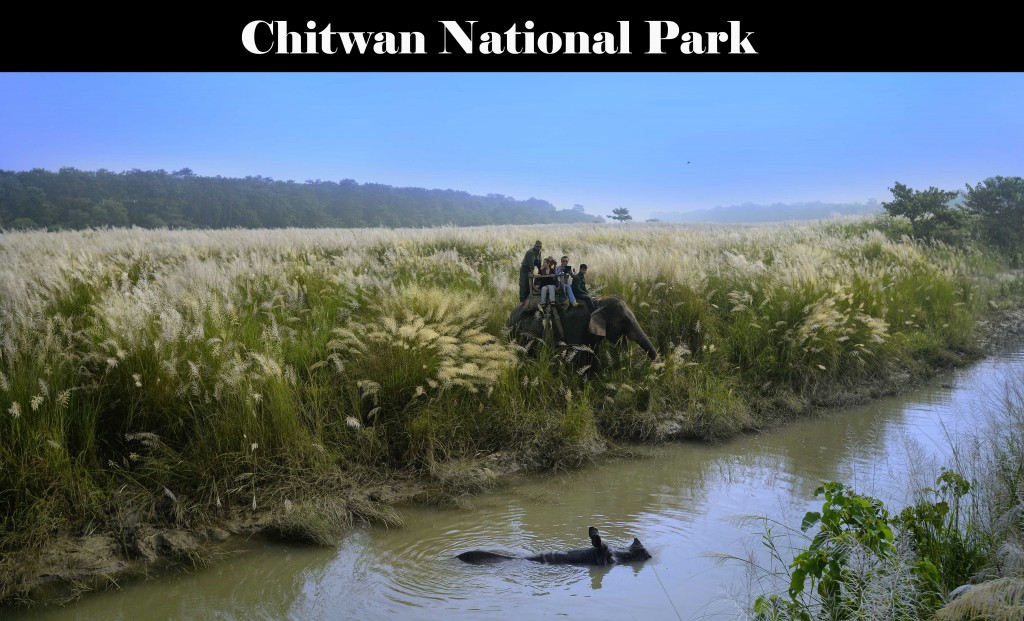 Chitwan- With winters setting in, we have timely received our Ruddy Shelducks, Bar headed geese, Mallards and Goosander. The buffer zone has been occupied by six Rhinos that are regularly sighted during Elephant Safaris. Also now one of the female tigress has extended her territory into the buffer zone and has been sighted a few times including a sighting with the kill of Hog Deer in the month of October.

To say the least, the core area has offered splendid sightings of three different female Rhinos with two- three month old babies (two near the Bhimle entry point and one near the Sukhibar checkpost, towards the north) along with several solitary bulls sighted around the rivers and Reu grasslands. Another female with a sub adult calf has occupied the area near munda taal(waterhole). It seems that the calf is already three years old and would be ready to separate from the mother by the next season. The sightings of Tigers have been spontaneous but regular. A female was recently sighted near the Munda Taal for about 20 minutes, which is an unusual surprise for Chitwan where tigers are still elusive. The forest department has confirmed that the tigress also has two young cubs. We have often tracked tigers in Harrabaas and Khuria Muhan Taal during morning and evening jeep safaris and even nature walks. 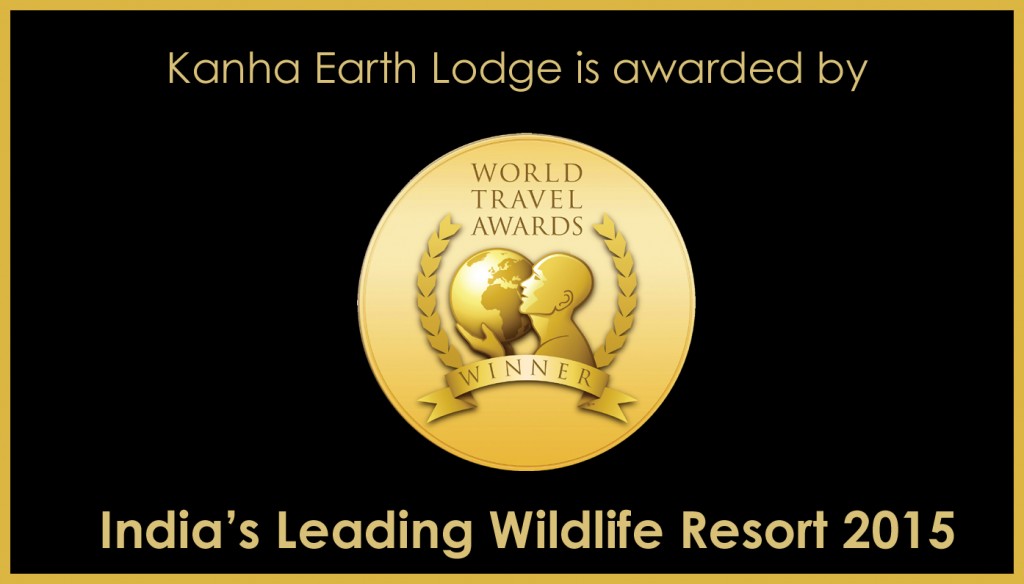 Kanha Earth Lodge was voted India’s Leading Wildlife Resort – 2015. We thank all our guests and travel partners for bestowing this honour on us for the third consecutive year.

Barahi Jungle Lodges checklist of in house species is on the rise with Jackals, Civets, Monitor Lizards adding to the existent of common reptiles, Jungle Cat and 80 species of birds that can be now found in and around the lodge perimeters.

Several alarm calls in the night, oi-oi calls of the Rhinos who cross the river in the night to reach out for more succulent grass around the lodge, and pug marks in the morning has now become a ritual before heading for morning safaris. One of the Rhino has been regularly marking territory around our jeep parking! 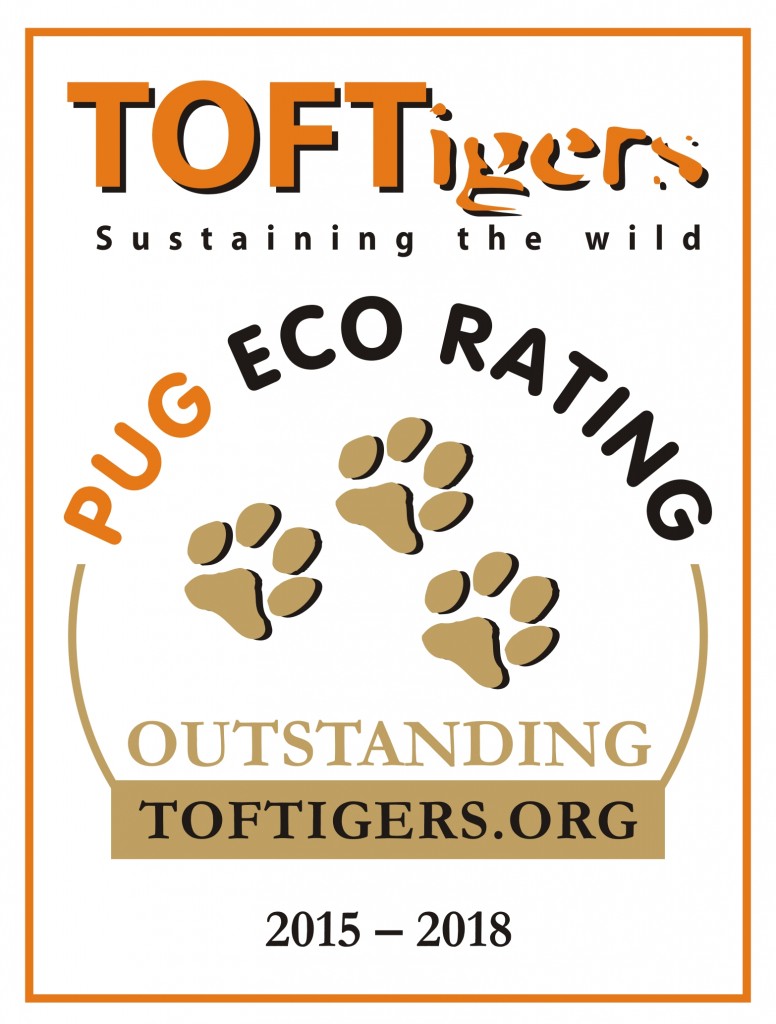 Barahi Jungle Lodge, Chitwan and Denwa Backwater Escape, Satpura both went through the TOFT  Audit (Tour operators for Tigers). We are proud to share that both lodges got outstanding rating -This is the highest stage of the PUG Rating and certifies that the lodge is both environmentally and socio-culturally responsible.

Taking our commitment towards responsible travel  forward we have gone ahead and completely stopped usage of bottled water. Starting with 3 lodges Tree House Hideaway, Kings Lodge and Kanha Earth Lodge the guest is gifted with a good quality stainless steel bottle at arrival. Giving them the opportunity to fill safe drinking water from our refueling station for excursions and onward journeys. Not only this finishes the use of bottled water inside the lodge but encourages guest to carry this trend onwards.

This will shortly be introduced in our other lodges also.

Pench Tree Lodge at Karmjhiri, Pench is in its final stage of finishing and we hope to welcome guests from Mid February. 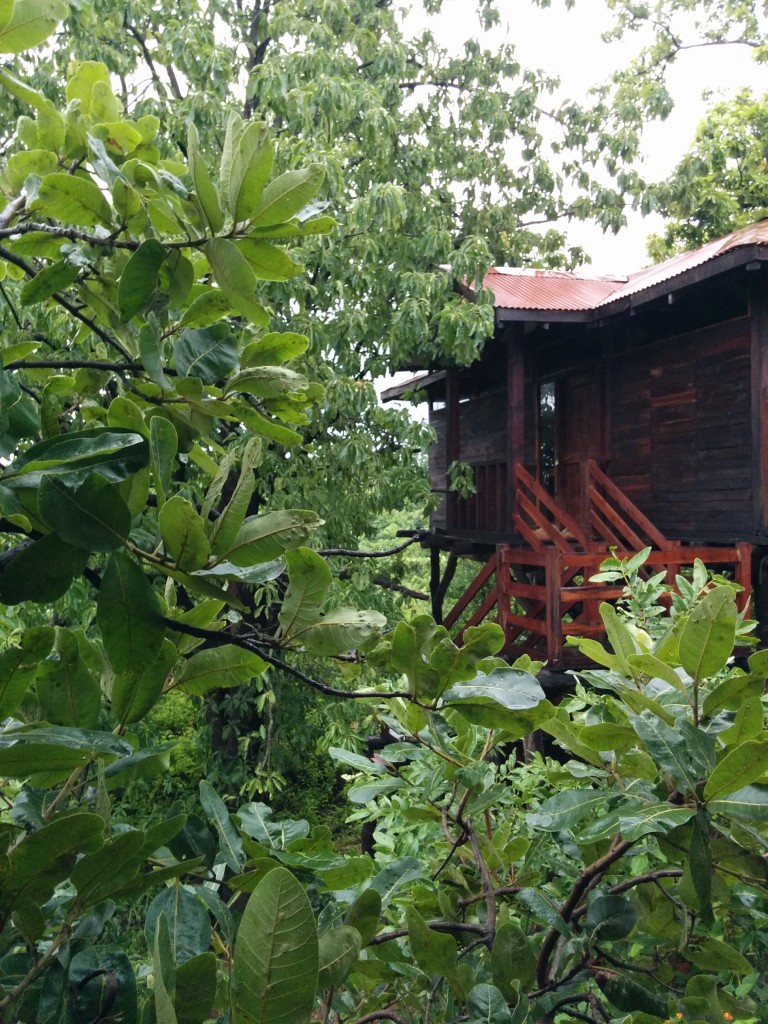 We wish you all a Happy and a Greener New Year