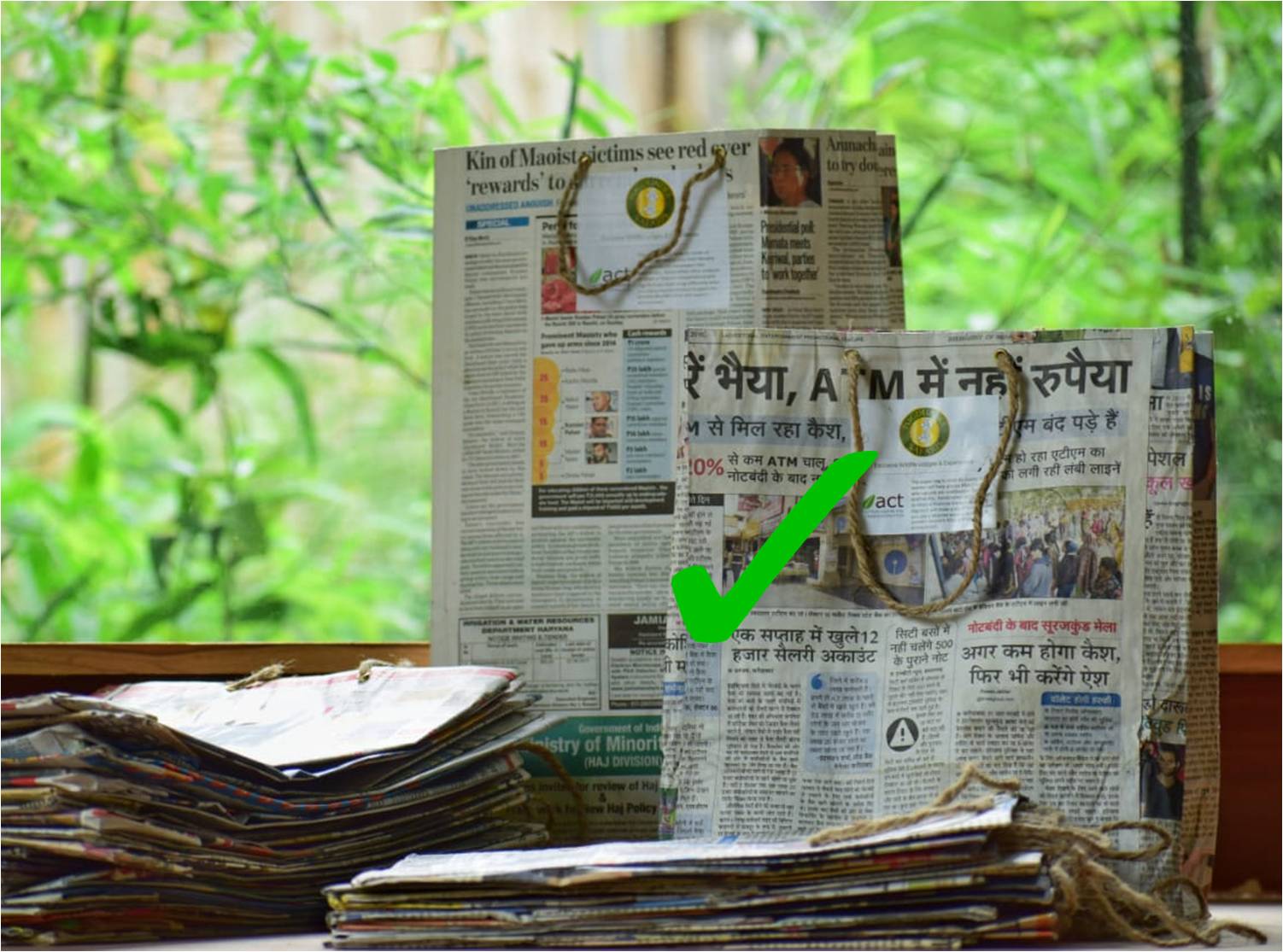 Imagine having more plastic in the ocean than fish. This might become a reality by 2050, according to a study by The World Economic Forum. The next generation will be snorkeling only to find various types of plastics that their previous generations threw in without a blink or may be just to catch a rare glimpse of almost extinct marine life. The danger that single-use plastic and its disposal poses to environment is probably much severe if we weigh it against the benefits that it offers that is hygiene and efficient production.

Single-use plastic is the kind that is used only once before it is disposed with minimum potential for being reused or recycled. A common example being bottled water, straws, plastic packaging, juice bottle, domestic use carry bags – the list is endless. It is estimated by Science Advances (2017) that only 9% of plastic is recycled worldwide.

It has been estimated that the world uses up over 500 billion plastic bottles each year! In spite of the growing awareness about the potential hazards to living organisms and environment, people and industries have continued to use plastic extensively. Recently there has been a rise in the number of bans on plastic worldwide and closer home as well but the plans seem too slow or over –ambitious. The plan of eliminating single-use plastic by 2022 in India is still in controversy over its implementation.

Steps towards being plastic free

With sustainability at the heart of Pugdundee safaris, we have been taking steps to keep the area around our eco-lodges free of hazardous plastic.

We have switched from packaged drinking water to reusable steel bottles that are provided to guests at their arrival. This has led to saving over a 100,000 bottles over the course of three years.

Furthermore, starting this season, we are taking our fight further by trying to completely eliminate single-use plastic. Milk & coffee sachets will be replaced by glass containers to store the same in the rooms. This will allow us to save over 21,000 pouches that are used for the same every season. Similarly, we’re doing away with individual tetra pack juice cartons and replacing them with steel sippers that’ll hold fresh beverages. This will allow us to save over 16000 packets every season. We are also doing away with plastic straws & introducing green packaging.

Previously, we have aimed to reduce our plastic footprint by replacing waste bin lining with recycled paper ‘stead of conventional plastic bags and procuring our supplies in reusable cloth/ paper packaging saving us the burden of accumulating plastic packaging that will ultimately have to be disposed.

This apart, we have also been providing organic toiletries in glass dispensers in place of the travel-sized plastic bottles. This saves up on a large number of containers that are more often than not treated as single-use. These steps ensure that our dependency on plastic packaging reduces significantly and we can minimize our footprint while we continue offering green holidays. We strive to further these efforts as and where possible and hope to influence our guests to become crusaders for the same cause.

It’s a mammoth task at hand knowing plastic is omnipresent, but we are gearing up to take the fight to be a plastic free resort to the last bit. We are aiming that 5 of our 6 lodges will be single use plastic free by end 2018.

4 thoughts on “Fight against Single Use Plastic”