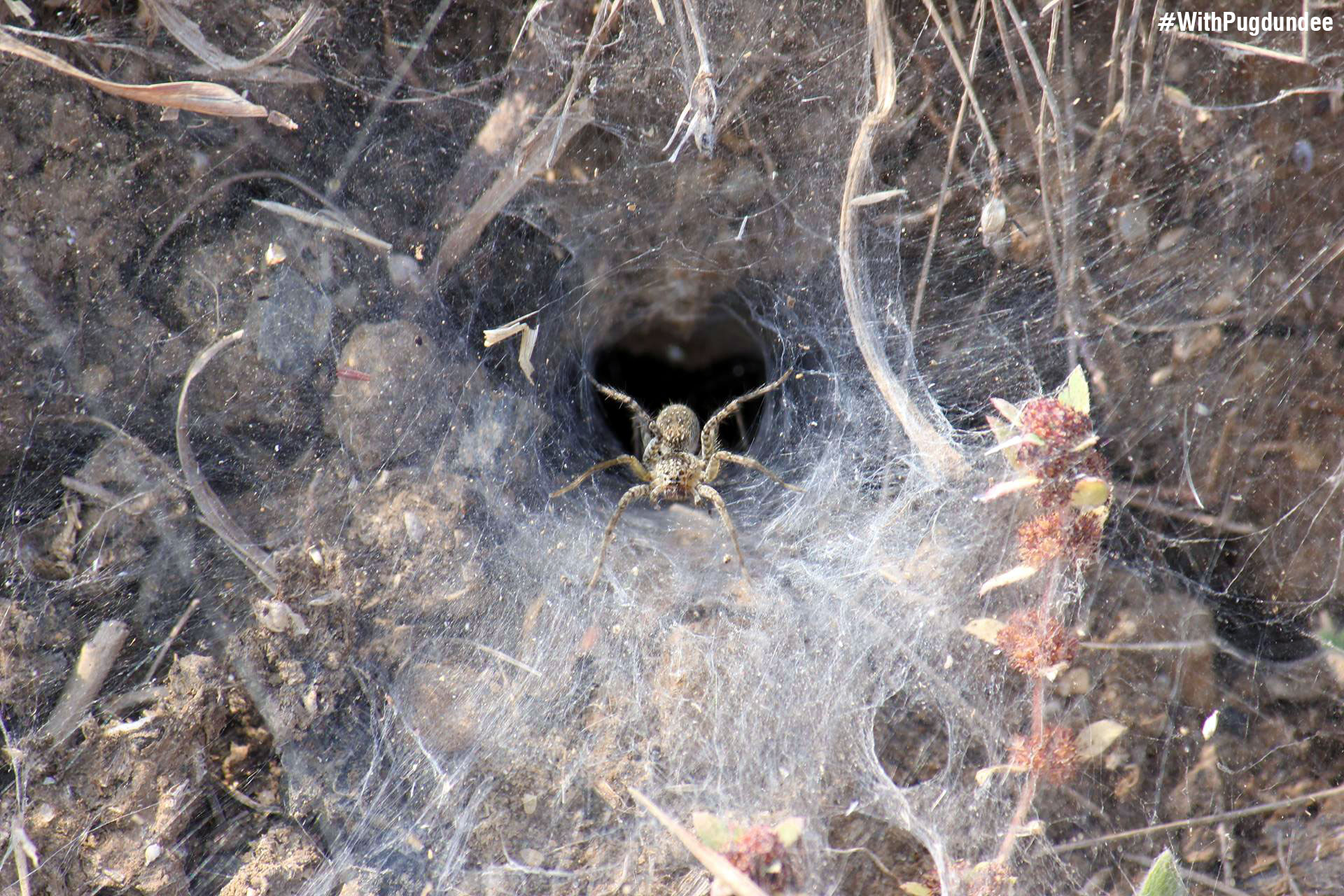 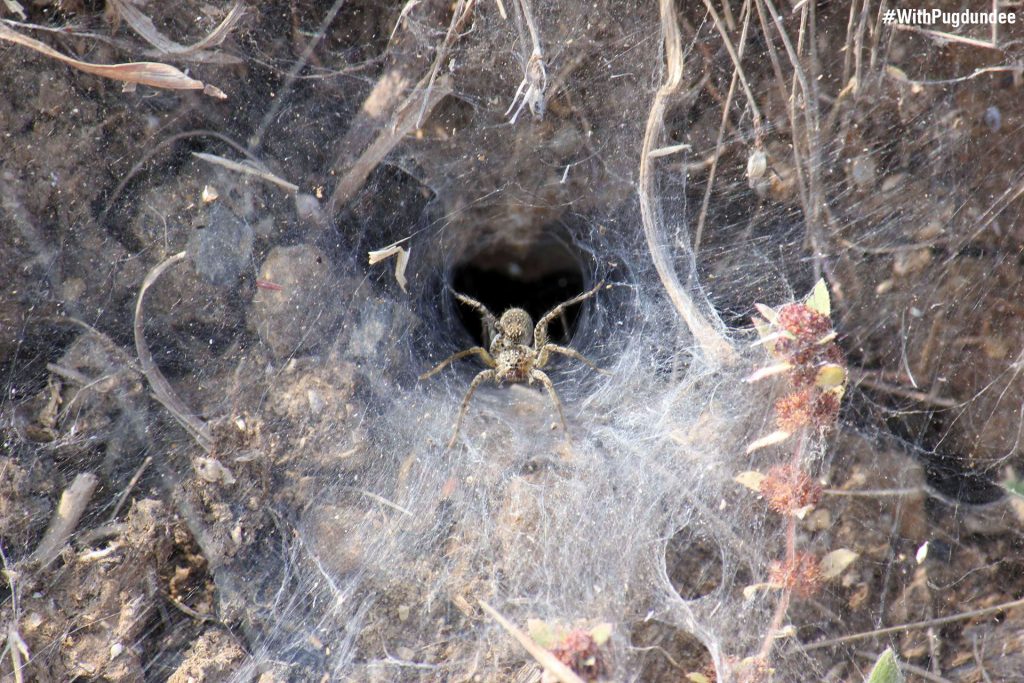 During the nature trails at the jungles of Central India, one will often spot these distinctive webs. These webs are woven by Funnel-web spiders.

Funnel-web Spiders belong to the family Agelenidae. They are also known as funnel weavers because they weave funnel-shaped webs, which they use as burrows or to trap their prey. The surface of the web is kept flat to capture the prey. There remains a small funnel shaped tube that leads to a silk burrow. The burrow functions as a protective hiding place. They usually build webs in tall grass, stacks of wood, dense shrubs, between rocks, barns, and sheds. As soon as the prey is trapped in the web, the spider quickly moves out of the funnel to grab the prey.