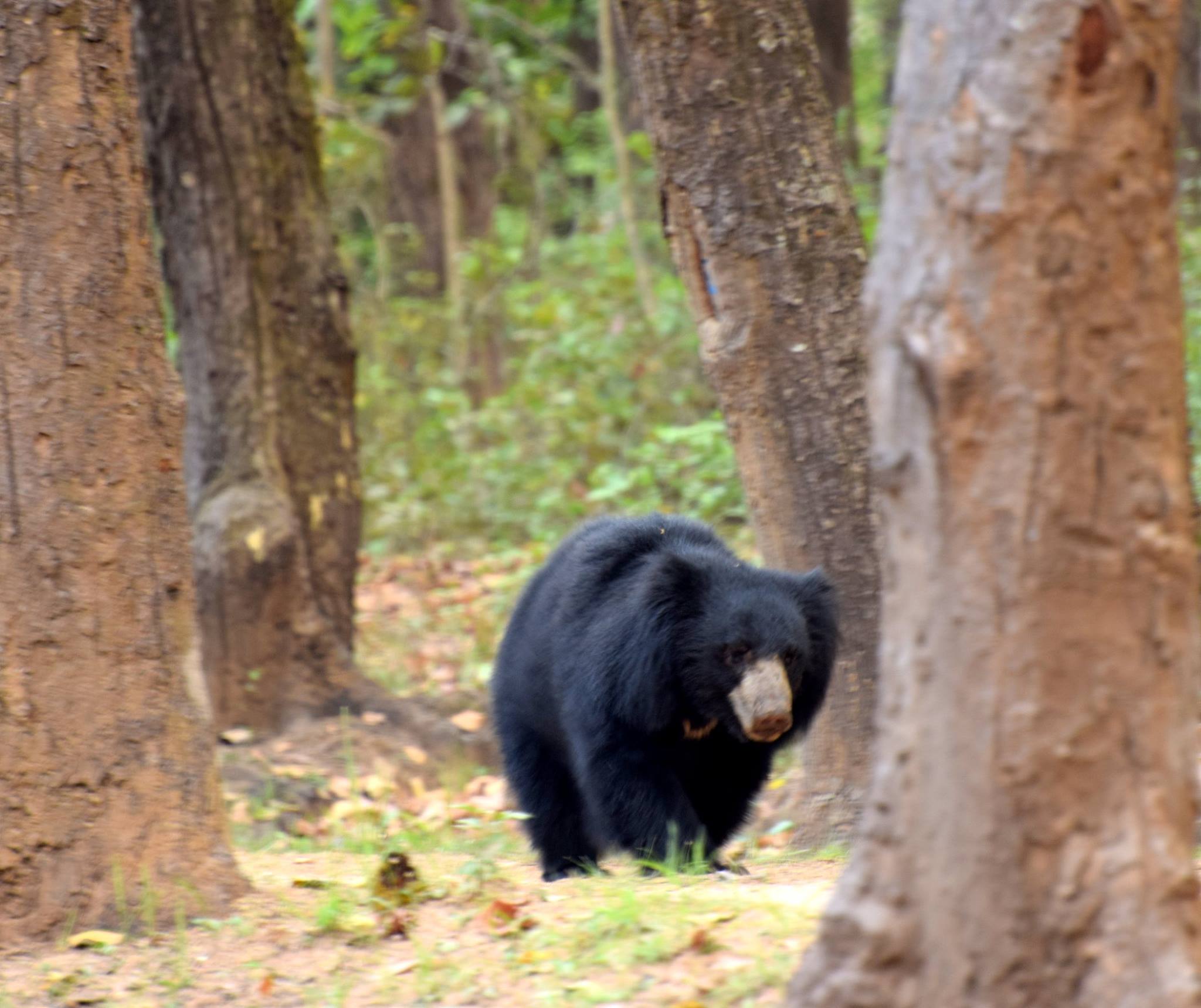 While on a safari expedition in the National Parks of Central India, expect Tiger and much more. Counting down is a six pointer guide of mammals of Central India which are rare, endangered, intriguing and are pride of the jungles of Central India. These mammals are also examples of diligent conservation efforts that have given them a new life and a safe home in the jungles Madhya Pradesh.

6) Gaur: Gaur is the largest specie of the Cattle found in Asia and is declared ‘Vulnerable’ in the IUCN List. Gaur is a heavy mammal (weighs up to 1 ton) of Bovine family which closely resembles the Bison of North America. In 1995 they became regionally extinct in Bandhavgarh and were successfully reintroduced to the park from kanha in 2012. These mammals of massive size and strength accompanied by deadly horns are given a wide berth by the Tigers as well. Gaurs stay in herds and are complete herbivores. The best sighting is during summers when they descend down to meadows for water and fresh grass. Gaur is identified by a prominent dorsal ridge on the back. They are often said to be ‘wearing white socks’ due to the white color below the knees. It is sighted in all prominent National Parks of Central India.

5) Wild Dogs:  Wild Dogs or ‘Indian Dhole’ is a skilled predator of ‘Canidae’ family. The wild dogs hunt by strategy and scan a large area before finalizing the prey. It’s a spine chilling moment to watch the tactful plotting and hunting by the pack of wild dogs, the dholes outrun the prey and brutally start eating it alive. Despite this, the dogs are well reputed for their skilled hunting and maintaining order in their packs. Satpura, Pench and Kanha offer better chances to spot Dholes as compared to Bandhavgarh National Park. The dogs are brown in color with a bushy tail and resemble the domestic dogs in many a ways. Follow the link to watch a live video of Wild dogs hunting in the extended grasslands of our upcoming property in Pench

4) Sloth Bear: Sloth Bears were once trained as Dancing Bears in Zoo and Circus, until such shows were completely banned under the Wildlfe Law 1972, but here in Madhya Pradesh you stand a fair chance to see them dancing drunk after a heavy dose of Mahua fruit. Sloth bears are nocturnal in behavior but they are often seen chipping off barks for insects and sucking up termite colonies during day time. The extreme delight is to see a mother carrying babies on her back! Satpura National Park is best known for the Sloth bear sightings. They are also found in Kanha, Pench and Bandhavgarh.

3) Bara Singha: Rucervus duvauceli branderi or the ‘Hard Ground Swamp Deer’ is highly endangered species of deer, endemic to Kanha National Park. It is the subspecies of Swamp Deer that is a living specimen of evolution. Thanks to successful conservation efforts that have brought the Deer back from the fear of extinction. The numbers dwindled down to a countable 60 and several efforts were made to save them from dying out. Now they are thriving and are rightfully called ‘the jewel of Kanha’.  They from all male herds of upto 70 males during the mating season on Nov- December. The deer gets a shimmery golden fur for summers that transforms into thick tawny brown during winters. Formal efforts are in progress, which aim at making Satpura the second home for Barasingha.

2) Leopard: It competes for place and food with the Tiger as both belong to the same family and prefer same kind of prey. A leopard is renowned for its agility, power but is best known for its secret inhabitation. They secretly abduct the sheep, goat or dogs from the nearby villages. Leopards are seldom seen in the areas where Tiger activity is very evident. That said, Leopards are more commonly and much frequently seen in the jungles of Satpura National Park which are abundant with prey but does not have many a tigers!

1) Tiger: King of the Jungle sits on apex of the food chain and tops our list. If not here, where else should one expect to see the striped Cat? The dense jungles of Bandhavgarh, Sal forest of Kanha give a hope of sighting a Tiger under every bush and after every bend. Bandhavgarh is world’s hotspot to see a Tiger. The favorable terrain and smaller size of the park has fulfilled wishes of many. The Tigers have also been reintroduced to Panna National Park, where they became regionally extinct in a few years back and are now frequently sighted even with cubs on the banks of Ken River.

1 thought on “Wildlife of Central India : The Six Rare Mammals”